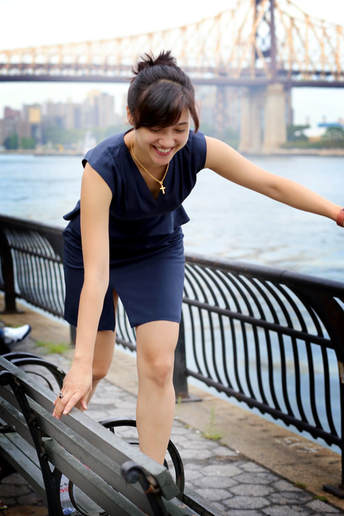 Christen works in the medium of the moving image, blending animation and video workflows.

After a prolific freelance career spanning the evolution from traditional media to new media, and working with clients like Nickelodeon, Cartoon Network, Hornet, and Wirecutter, Christen was approached by Digg.com to create a new editorial vertical of original video. She then went on to build and lead the creative department for church.nyc, a New York City church that grew to a local reach of 1,200 in weekly attendance and globally 10,000 followers on social media during her tenure.

Christen's love for New York finds regular expression through her partnerships with community organizations. Working alongside various grassroots and religious institutions, she has taught and mentored the youth and young adults of New York City since 2005, including young women on Rikers Island as a visiting media instructor with The LAMP.

Currently, Christen is shaping the next generation of creative professionals as an adjunct Animation Professor at her alma mater NYU's Tisch School of the Arts, and as a visiting professor at CUNY Hostos Community College in the South Bronx.